Documentation: Version 19.3
Print
High-throughput 384-well NAb assays may contain hundreds of samples with dilutions across plates or within a single plate and the resulting graphs and views can be complex. The LabKey NAb Assay tools provide quick visual feedback allowing you to confirm a valid run or immediately correct and rerun if necessary. 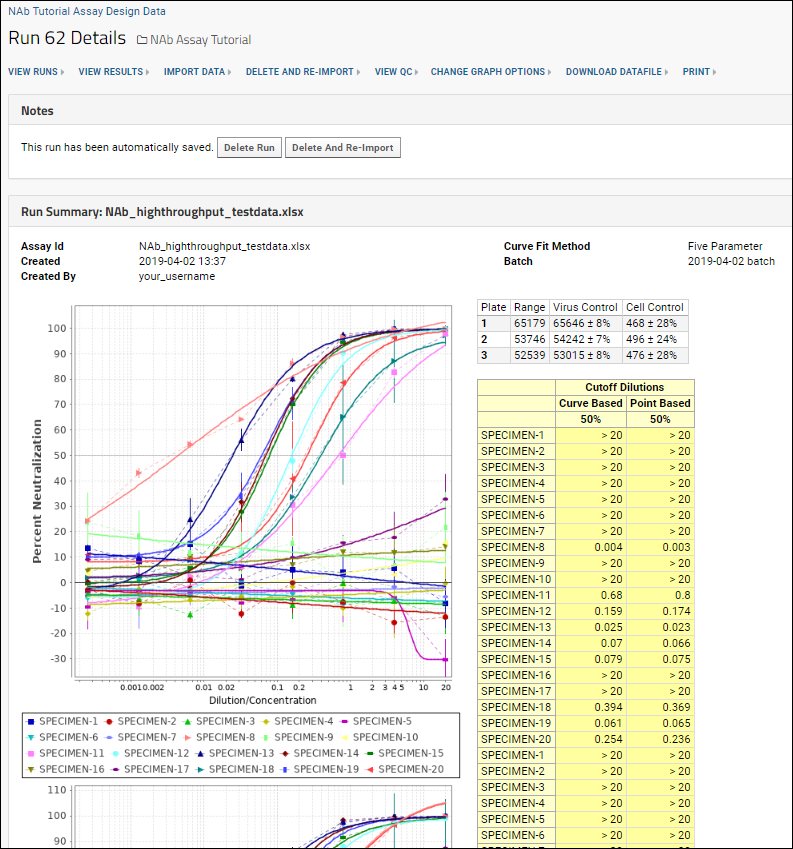 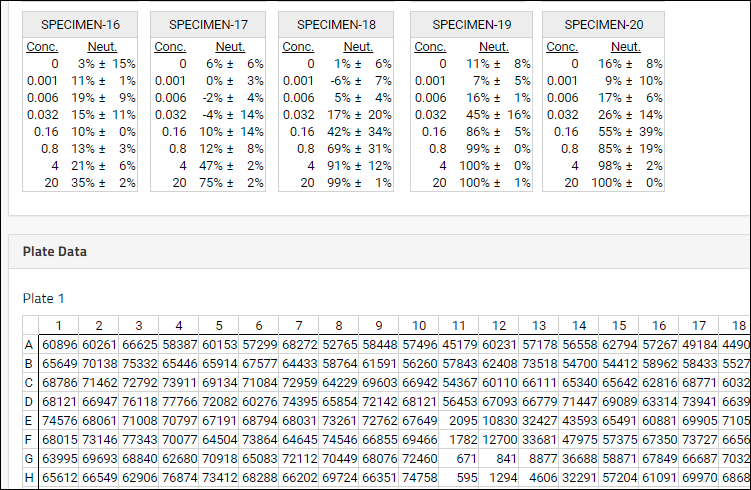