Molecule Sets serve to group together Molecules (ex: antibodies or proteins) around common portions of protein sequences, once signal or leader peptides have been cleaved. Molecule Sets server as the "common name" for a set of molecules. Many Molecules may be grouped together in a single Molecule Set.Molecular Species serve as alternate forms for a given molecule. For example, a given antibody may give rise to multiple Molecular Species: one Species corresponding to the leaderless, or "mature", portion of the original antibody and another Molecular Species corresponding to its "mature, desK" (cleaved of signal peptides and heavy chain terminal lysine) form.Both Molecular Species and Sets are calculated and created by the registry itself. Their creation is triggered when the user adds a Molecule to the registry. Users can also manually register Molecular Species, but generally do NOT register their own Molecule Sets. Detailed triggering and creation rules are described below. When a molecule is added to the registry, the following additional entities are calculated and added, depending on the nature of the molecule. These additional entities can include:

A molecule can be created (= registered) based on one or more of the following: 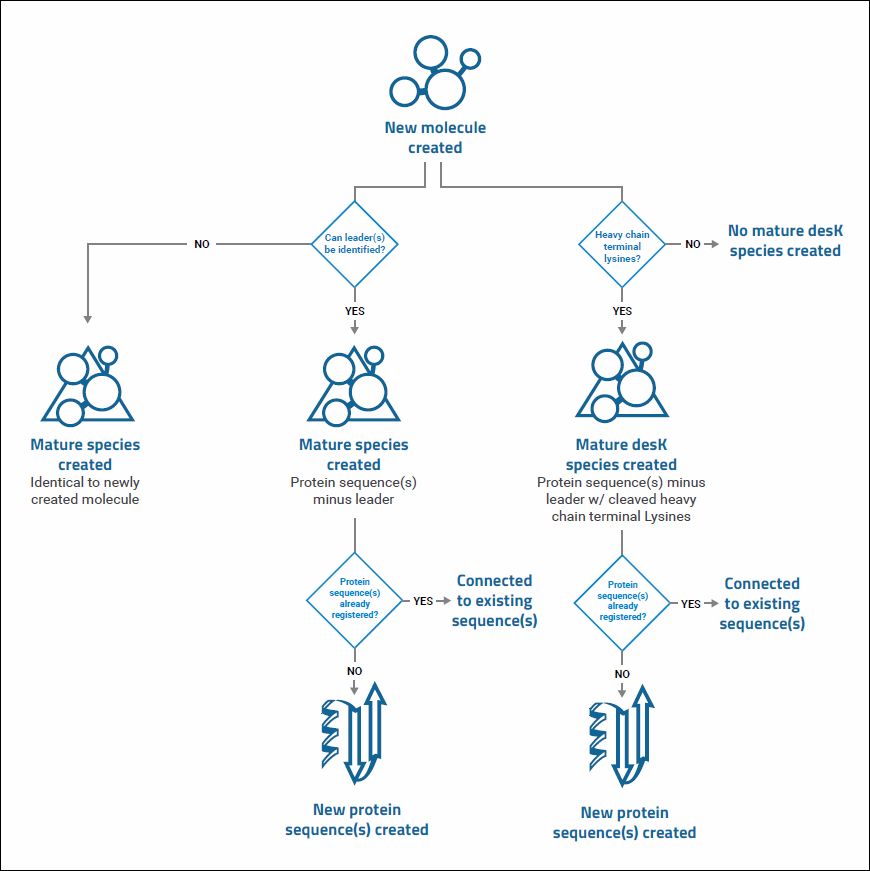