Documentation: Version 19.3
Print
Premium Feature — This feature is part of the Professional Plus and Enterprise Editions. Learn more or contact LabKey for set up assistance.
As an alternative to installing a local instance of R, or using an Rserver server, LabKey Server can make use of an R engine inside a Docker image.Multiple Docker-based R engines can be configured, each pointing to different Docker images, each of which may have different versions of R and packages installed.Docker-based R engines are good candidates for "sandboxed" R engines.To set up LabKey Server to use Docker-based R engines, complete the following steps: See details on each step below:

(On Development Machines) Set the Base server URL

When the docker image build process finishes, look for the name of your image in the console, for example:Start the image:

Configure Docker and Startup the Image

Configure LabKey Server to Use the Docker R Engine 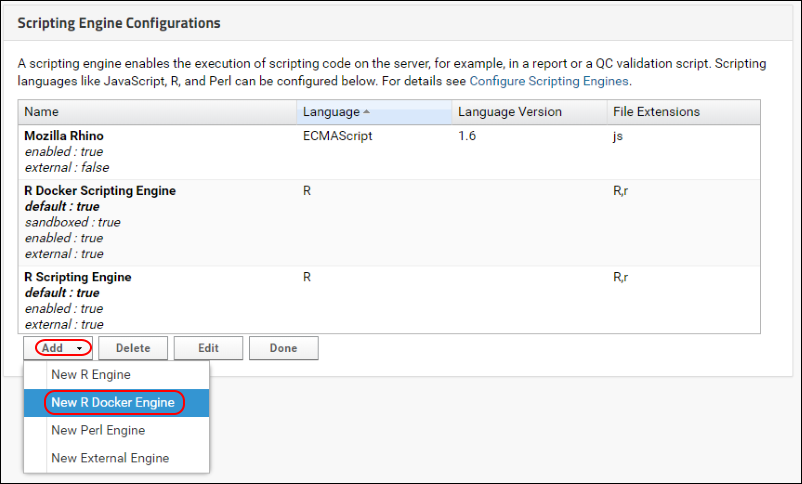 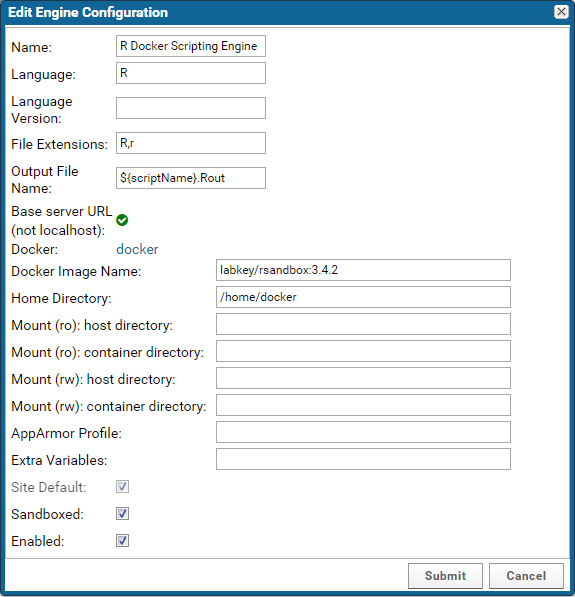