Documentation: Version 20.11
Print
Developers can write and deploy code on LabKey Server. This topic describes the roles that can be granted to developers.

The Platform Developer role allows admins to grant developer access to trusted individuals who can then write and deploy code outside the LabKey security framework. By default, the Developer group is granted this role on a site-wide basis. When that code is executed by others, it may run with different permissions than the original developer user had been granted.
The Platform Developer role is very powerful because: Administrators should (1) carefully consider which developers are given the Platform Developer role and (2) have an ongoing testing plan for the code they write. Consider the Trusted Analyst and Analyst roles as an alternative on Premium Editions of LabKey Server.

The capabilities granted to users with the Platform Developer role include the following. They must also have the Editor role in the folder to use many of these:

Developers have a access to additional resources on the (Admin) menu. 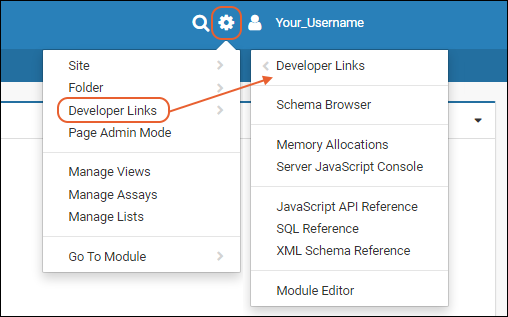 Select Developer Links for the following options: Depending on the modules installed, there may also be additional options included on this menu, such as:


Premium Feature — The Trusted Analyst and Analyst roles are available in all Premium Editions of LabKey Server. Learn more or contact LabKey.

The role Trusted Analyst grants the ability to write code that runs on the server in a sandbox.Sandboxing is a software management strategy that isolates applications from critical system resources. It provides an extra layer of security to prevent harm from malware or other applications. Note that LabKey does not verify security of a configuration an administrator marks as "sandboxed".Code written by trusted analysts may be shared with other users and is presumed to be trusted. Admins should assign users to this role with caution as they will have the ability to write scripts that will be run by other users under their own userIds.To set up the Trusted Analyst role:

The role Analyst grants the ability to write code that runs on the server, but not the ability to share that code for use by other users. For example, an analyst can use RStudio if it is configured, but may not write R scripts that will be run by other users under their own userIDs.