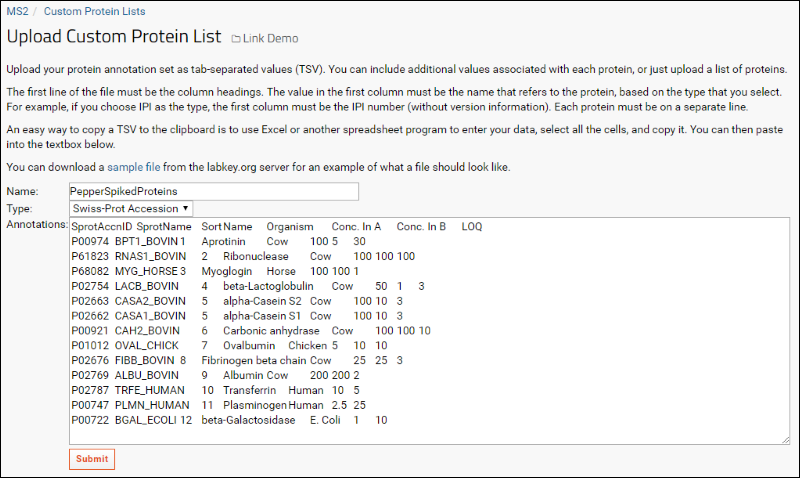 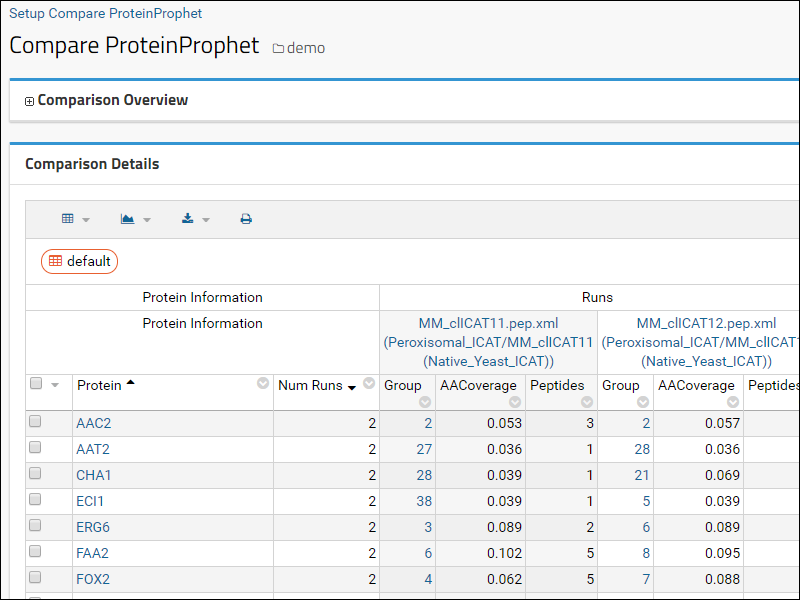 The spectra count data set can also be passed into an R script for statistical analysis, reporting and charting. R script files which illustrate this technique can be downloaded here. Note that column names are hard coded and may need adjustment to match your data.
Discussions