Documentation: Version 20.7
Print
In this step, you explore the results of the ProteinProphet analysis.

You will see scored results for proteins found in the sample. Note that the first two dozen proteins shown have values of .99 - 1.0 in the Prob (protein probability) column. These are likely the proteins that made up the mixture in the original sample.To view the peptides that were found in the sample and determined to comprise an identified protein, use the icon to expand it. (The icon will change to for collapsing it again.) 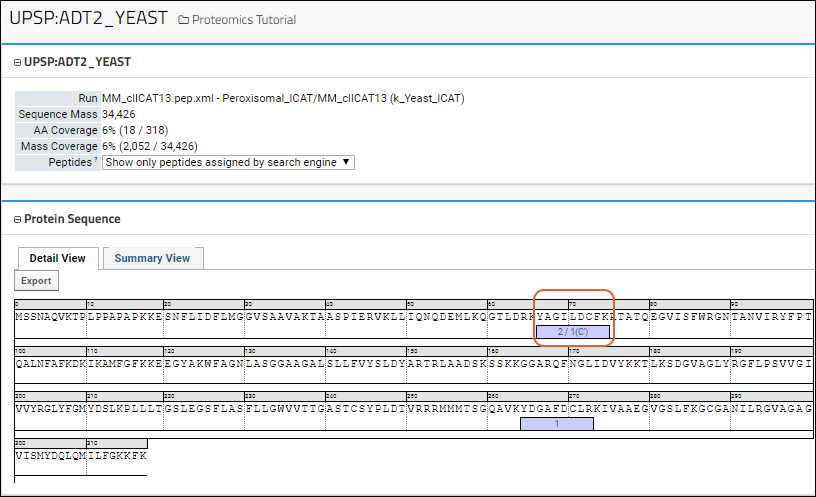 Hover over any matched sequence for details. Click to view the trimmed peptide details.