Once an ontology has been loaded and the module enabled in your folder, the field editor will include an Ontology Lookup data type for all column types. Any column may be defined to use the standard vocabularies available in a selected ontology source.There can be up to three related fields in the data structure. The naming does not need to match these conventions, but it can be helpful to clarify which columns contain which elements:

On data import (or update), the following ontology lookup actions will occur:

For example, if you had a dataset containing a disease diagnosis, and wanted to map to the preferred label and code values from a loaded ontology, you could follow these steps:

When data is imported, it can include either the "*_import" field or the "*_code" field, but not both. When using the "*_import" field, if different terms for the same disease are imported, the preferred term and code fields will standardize them for you. Control which columns are visible using the grid customizer.Shown here, a variety of methods for entering a COVID-19 diagnosis were provided, including the preferred term for patient PT-105 and the code number itself for PT-104. All rows can be easily grouped and aggregated using the label and code columns. The reported "*_import" value is retained for reference.

Concept Picker for Insert/Update with Type-ahead

When an Ontology Lookup field, i.e. the "*_code" field, is included in the insert or update form, you will see a "Search [Ontology Name]" placeholder. Type ahead (at least three characters, and full words for narrower lists) to quickly browse for codes that match a desired term. You'll see both the terms and codes in a dropdown menu. Click to select the desired concept from the list. 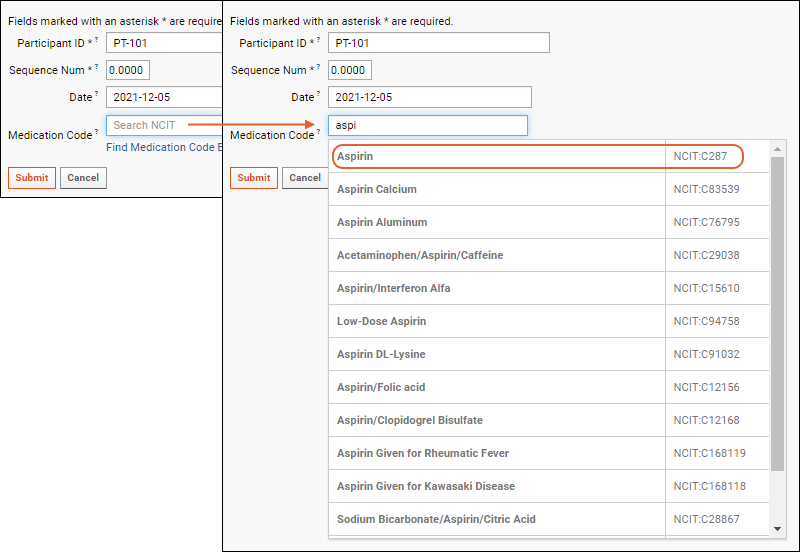 You'll see the code in the entry box and a tooltip with the preferred label on the right. 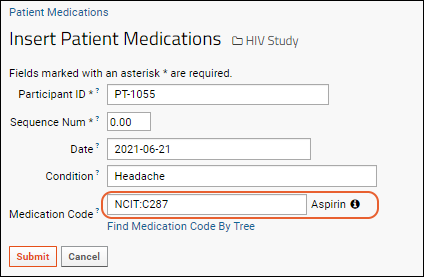 Alternately, you can use the Find [column name] By Tree link to browse the full Ontology to find a desired code. Shown below, "Medication Code" is the Ontology Lookup, so the link to click reads Find Medication Code By Tree. 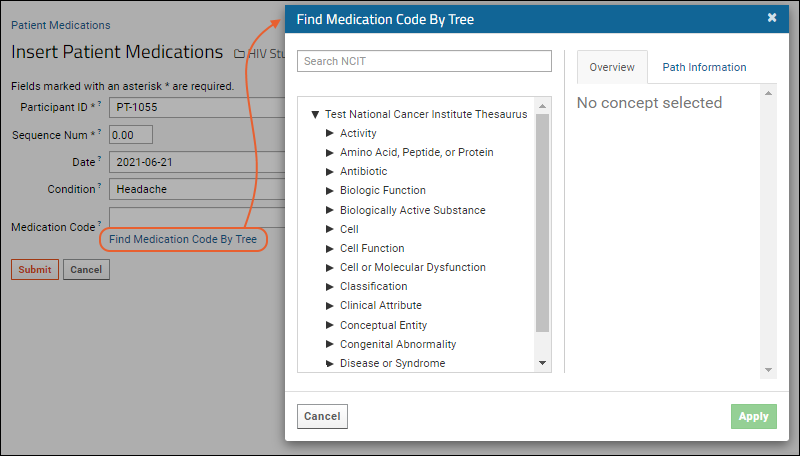 Use the search bar or scroll to find the concept to insert. As you browse the ontology concepts you can see the paths and synonyms for a selected concept to help you make the correct selection. If the field has been initialized to an expected concept, the browser will auto scroll to it. 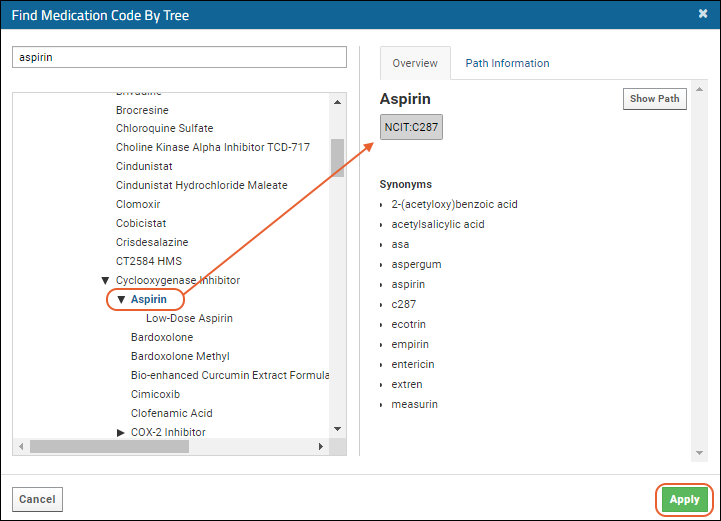 Click Apply to make your selection. You'll see the code in the entry box and a tooltip with the preferred label on the right as in the typeahead case above.

For the Ontology Lookup field, you choose an Ontology to reference, plus optional Import Field, and Label Field. In addition you can initialize the lookup field with an Expected Vocabulary making it easier for users to enter the expected value(s). 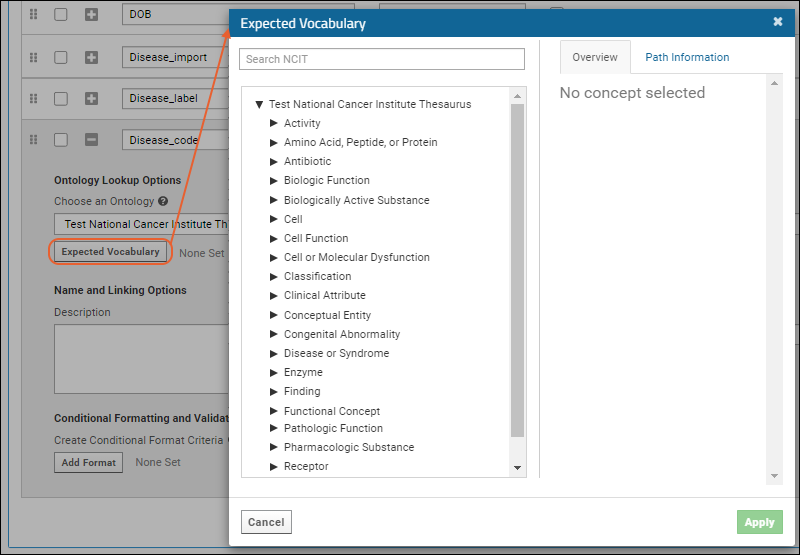 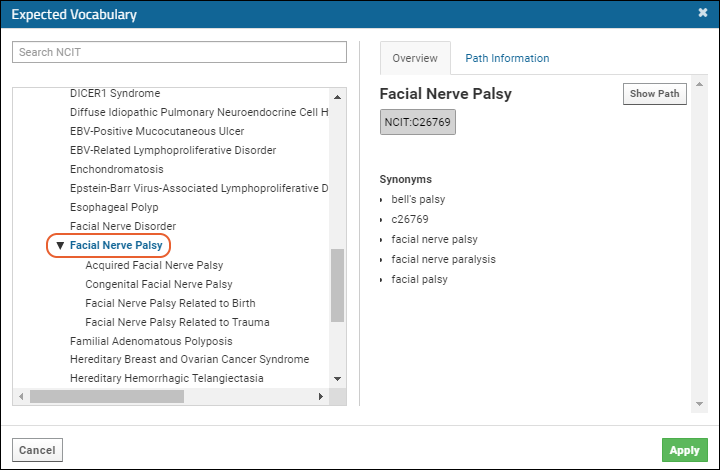 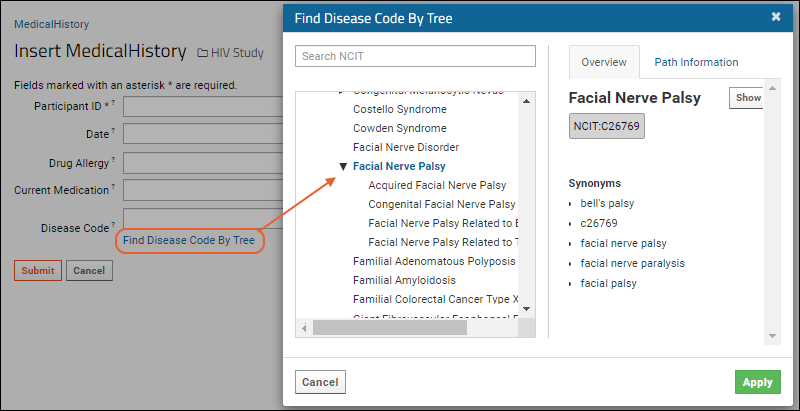