Install Docker as appropriate for your operating system. More details are available in the topic: For development/testing purposes, on a Windows machine, you can use a non-secure connection in your Docker Settings. Under General, place a checkmark next to Expose daemon on tcp://localhost:2375. Do not do this on a production server, as this is not a secure configuration. Only appropriate for local development and testing.

Make and Start a Docker Image with R Included

When the docker image build process finishes, look for the name of your image in the console, for example:Start the image:

Configure LabKey Server to Use the Docker R Engine

Step 1: Set the Base Server URL to something other than localhost:8080. For details, see Site Settings. Example value "http://my.server.com". You can also use the full IP address of a localhost machine if needed.Step 2: Configure a Docker host as described here: Configure Docker HostStep 3: Enable the sandboxing feature flag:On your LabKey Server, first confirm that the sandboxing feature flag is enabled: Step 4: Add the New Docker R EngineOn the Admin Console > Views and Scripting page, select Add > New Docker R Engine. 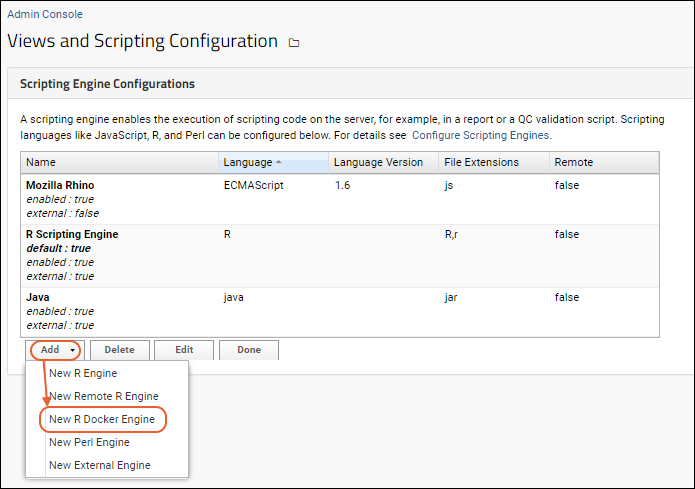 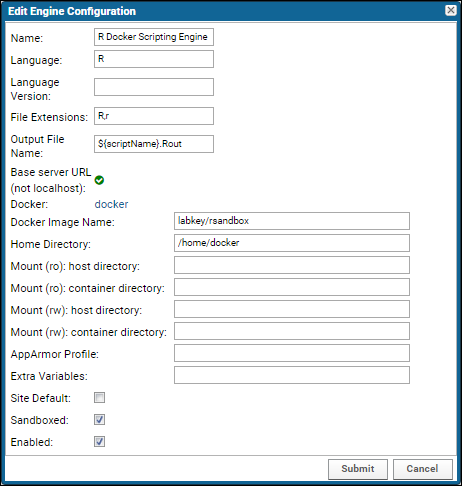