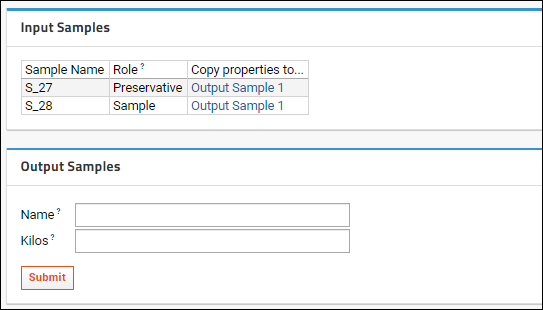 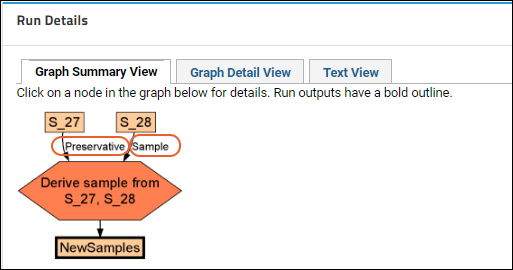 There is also a link to Derive samples from this sample link on the details view of each individual sample, making creation of aliquots straightforward from here. 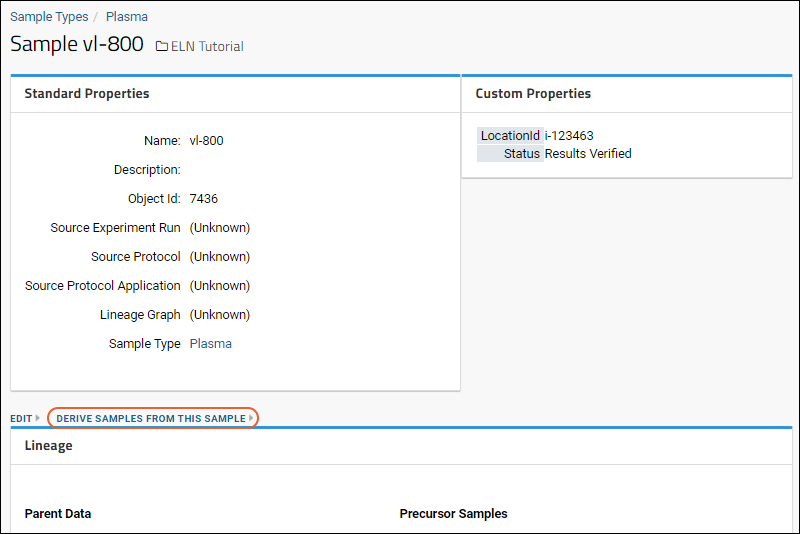 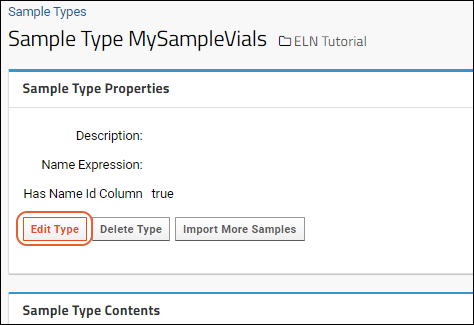 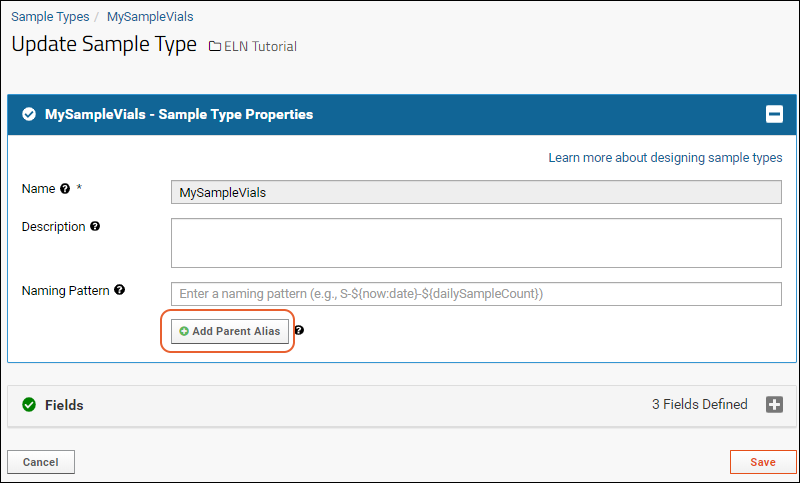 When importing data, include the indicated parent column and its data, as in the example screenshot below.

The system will parse the parentage information, and create lineage relationships. Learn about lineage graphs below. 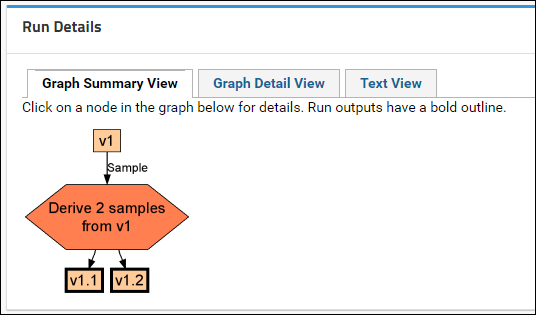 You can also update parent information during import (change or delete parents) by selecting the "Update data for existing samples during import" checkbox.Learn more in this topic: Update or Remove Sample Lineage During Import

You can create a LABKEY.Exp.Run with parent samples as inputs and child derivatives as outputs.

Include Ancestor Metadata in Sample Grids

You can include fields from ancestor samples and sources by customizing grid views. If you are using the Sample Manager or Biologics LIMS products, switch to the LabKey Server interface and open the Sample Type you want to show ancestor fields for.For example, if you had a "PBMC" sample type and wanted to include in the grid both the "Draw Date" field from the parent "Blood" sample type AND the "Strain" field from a "Mouse" source, you would follow these steps: 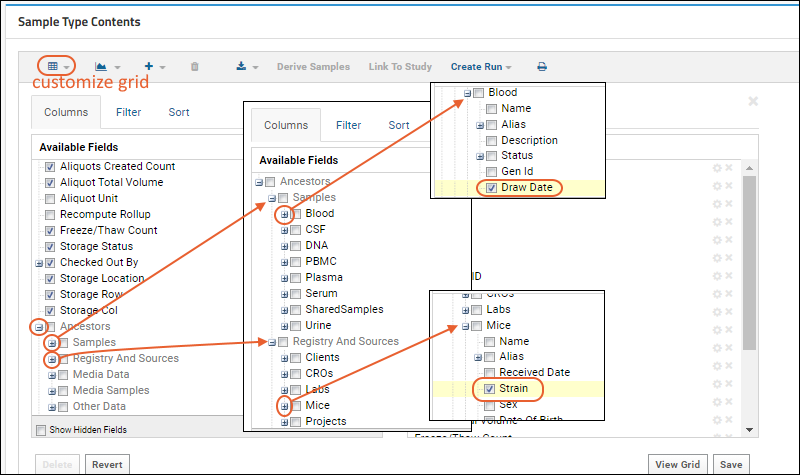 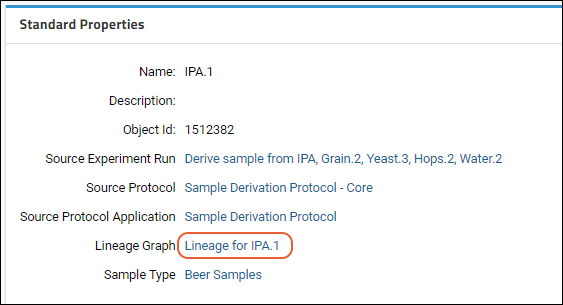 Samples are represented as rectangles and the derivation steps are shown as diamonds. Note that elements in the graph are clickable links that navigate to details pages. By default you will see the Graph Detail View:

If you click the Graph Summary View tab, you will see a different presentation of the same process and lineage.

Clicking Toggle Beta Graph (New!) from the Graph Summary View will give you a another way to view the same information. Click any node to reset the point of focus of this graph, explore details in the panel to the right, and zoom/resize the graph using the controls. 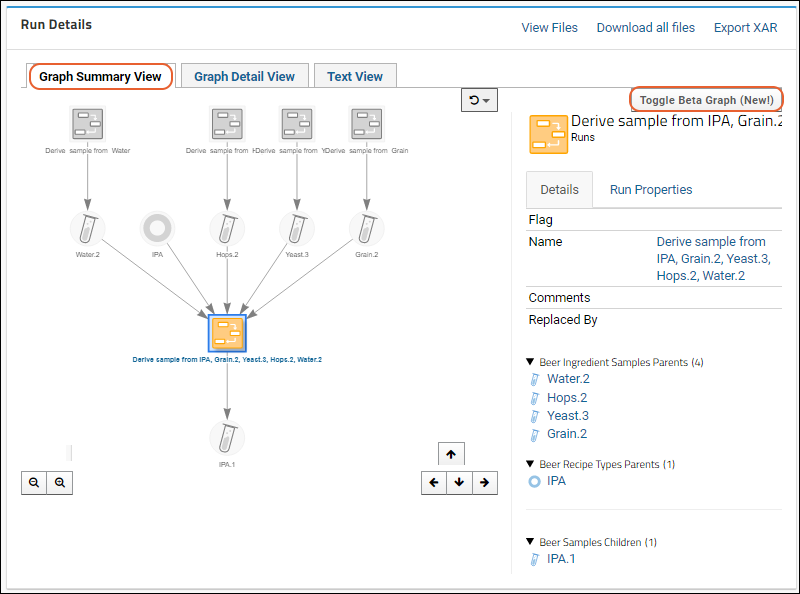 Note that lineage graphs can differ depending on the way that the data is entered. When you manually derive multiple child samples from a parent via the Derive Samples button, the lineage graph summary view will show these child samples on one graph, as shown below in a case where two additional samples have been derived from the "Derived Yeast Sample". 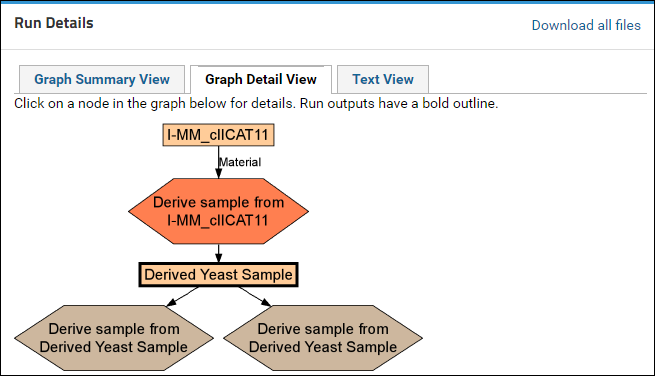 Premium Feature AvailableSubscribers to premium editions of LabKey Server can use the Run Builder to streamline creation of experiments with inputs and outputs:
Learn more about premium editions
Discussions