Documentation
Print
This topic explains how administrators can: Once an administrator has defined QC states for a study's datasets, the user interface is activated in the following ways: 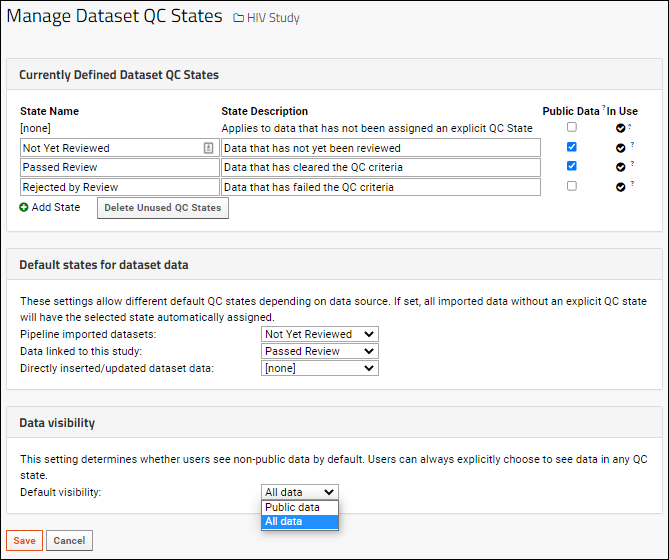 Currently Defined QC States. Define any number of QC states and chose the default visibility for these categories by using the Public Data checkbox. When a QC state is not marked public, data in this state will be hidden if the Dataset visibility option is set to "Public Data". This list of QC states also includes any Assay QC states defined in the same folder.Default states for study data. These settings allow different default QC states depending on data source. If set, all imported data without an explicit QC state will have the selected state automatically assigned. You can set QC states for the following: Data visibility. This setting determines whether users see non-public data by default. Readers can always explicitly choose to see data in any QC state.

Add QC Columns to a Dataset

This section explains how to add QC columns to a dataset, similar to the following: 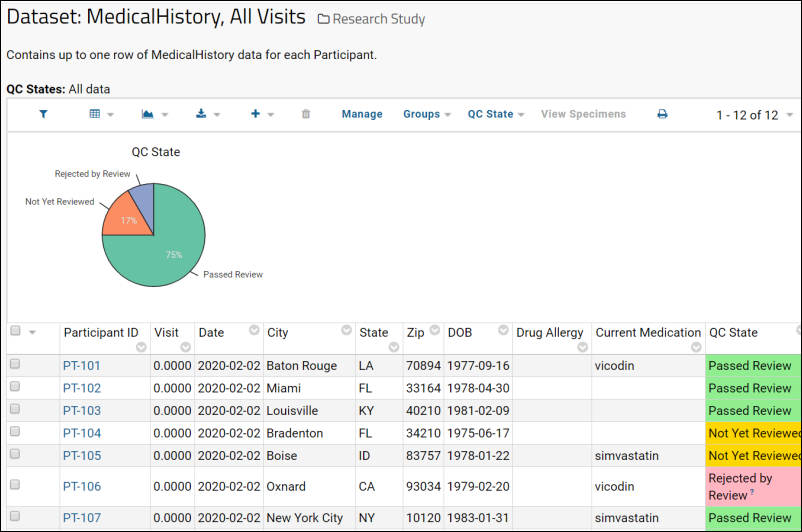 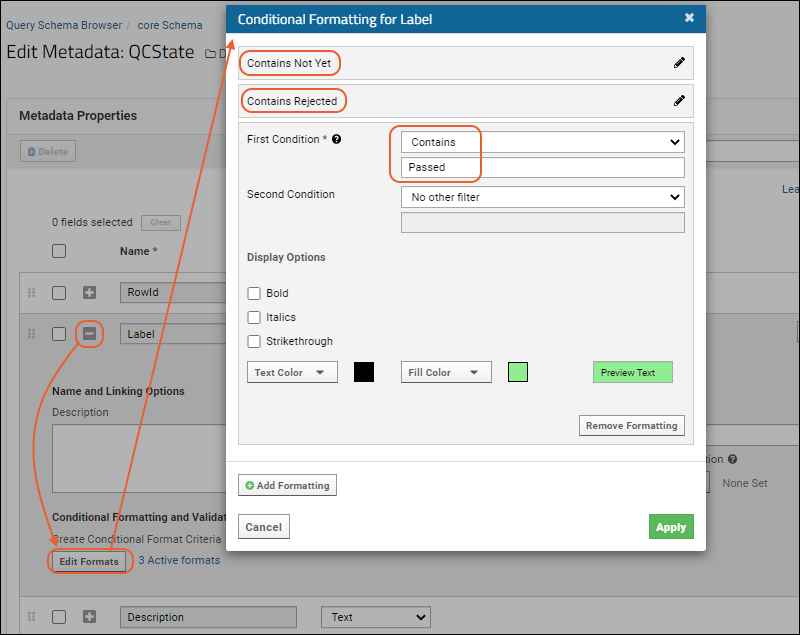